The National Commission on Science and Technology and the Jamaica 4H Clubs recently signed a Memorandum of Understanding (MOU), which should have an enormous benefit on the National Nutraceutical Industry(NNI). The global nutraceutical industry is valued at over $150 billion dollars. Speaking at the ceremony, the Hon. Minister Phillip Paulwell emphasized the tremendous economic and social benefit of this agreement. It is aimed at enhancing agricultural production as well as capitalizing on opportunities in the NNI.

The “Youth in Agriculture” Programme is aimed at utilizing new and appropriate technologies in agriculture to engage youth for the potential of wealth creation. Senator Norman Grant, Chairman of the Jamaica 4H Clubs stated that the partnership signals a new era for nutraceuticals in the country.

Under the MOU, members of the Jamaica 4H Club will receive training in the principles and practices of the Nutraceutical Industry. They will also be exposed to the appropriate science and technology applications, sound business processes in adherence to established standards and best industry practices in the development of business incubation.

The signing took place on July 14, 2015 at the Office of the Prime Minister’s Banquet Hall. 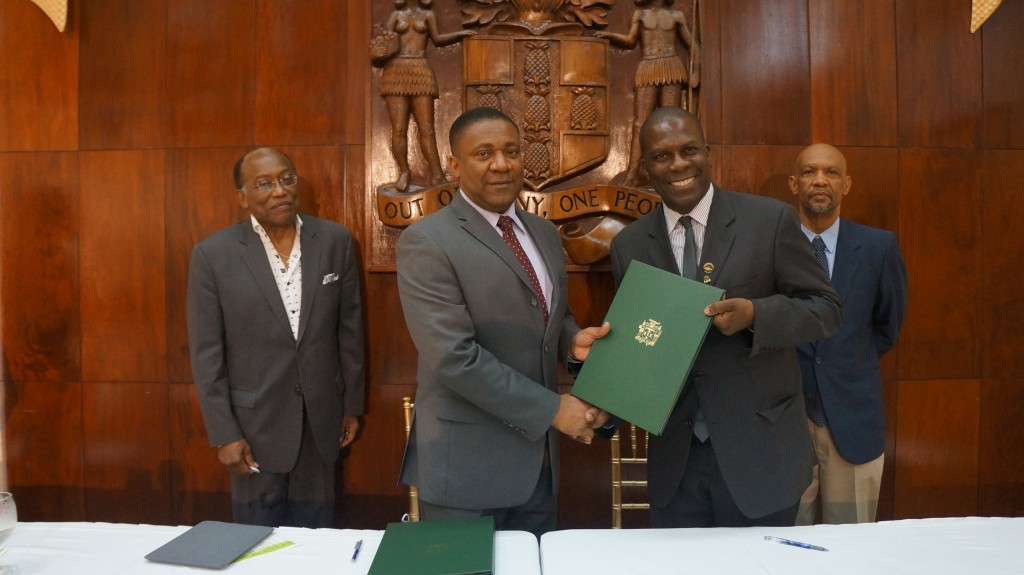 The Hon. Phillip Paulwell, Minister of Science, Technology, Energy and Mining and Deputy Chairman of the NCST and Senator Norman Grant, Chairman of the Jamaica 4H Clubs were the signatories of the MOU, while Professor Errol Morrison, Director General of the NCST and Mr. Lloyd Robinson, Project and Product Manager of the Jamaica 4H Clubs were witnesses to the signing.

“Agriculture offers one of the greatest opportunities to earn foreign exchange and to make our contribution to the creation of wealth.” Read More...http://www.miic.gov.jm/content/focus-exports-%E2%80%93-minister-urges-young-farmers

Launch of the National Nutraceutical Industry