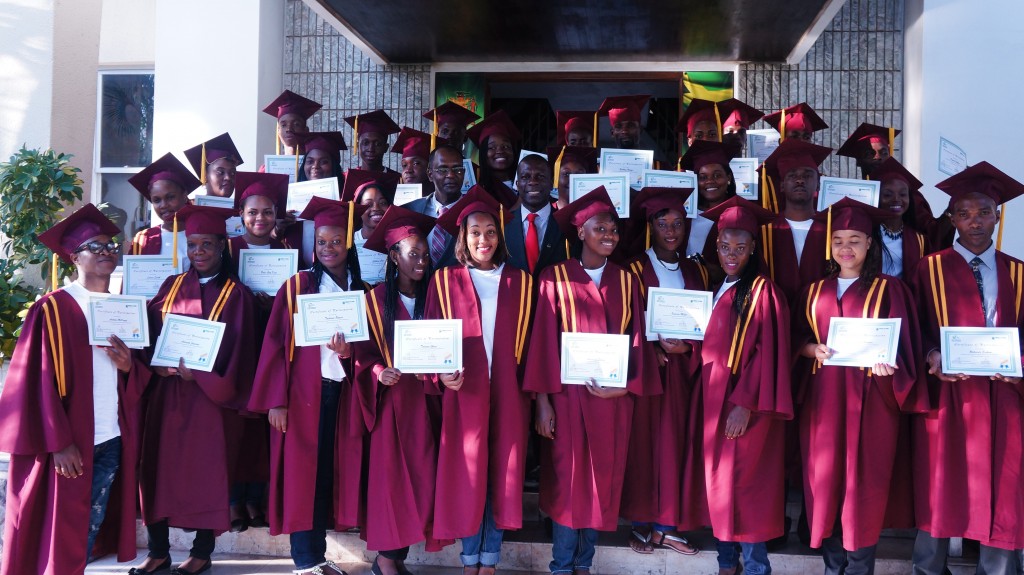 The National Commission on Science and Technology(NCST) in partnership with the Jamaica 4-H Club recently held a graduation exercise for the training of the first batch of Young Nutraceutical Farmers Programme that took place on October 22, 2015 at the Jamaica House Banquet Hall.

The ceremony which was hosted for thirty one(31) trainees were presented with their certificates of participation. The programme was designed as a way to move forward Jamaica’s participation in the 600 Billion Dollar US global nutraceutical industry.

Speaking at the graduation exercise Minister of Science, Technology, Energy and Mining and Vice Chairman to the National Commission on Science and Technology(NCST) Minister Phillip Paulwell, represented the Prime Minister in her absence.  He noted that the training programme was envisioned by the Biotechnology Centre, UWI Mona and developed by Scientific Research Council(SRC) and the Jamaica 4H Clubs. The programme embraces the traditional and cultural knowledge and technology of Jamaica’s healing plants and waters.

Executive Director of the Jamaica 4-H Club, Dr. Ronald Blake reported that the programme was conducted over a two week period which saw participants being trained and exposed in various modules including plant and tissue culture production,food safety systems, extractions of essential oils, good agricultural practices, value chain management and entrepreneurship. At the completion of the programme, trainees will be aided and equipped with resources for the growing of nutraceutical plants. He also stated that the 4H Club has been boosting their entrepreneurship programme in an effort to maximize the economy and further the development of the nutraceutical industry.

Participants were selected based on criteria which included not currently employed or underemployed, between the ages of 18-35 years old, have an agricultural background with experience of growing crops and access to land.  Overall, the preliminary evaluations have shown that the objectives of the training programme were met and the participants motivated to pursue nutraceutical farming.

The next training cohort is being scheduled for February 2016. For further information contact our office at 906-8433.

“Agriculture offers one of the greatest opportunities to earn foreign exchange and to make our contribution to the creation of wealth.” Read More...http://www.miic.gov.jm/content/focus-exports-%E2%80%93-minister-urges-young-farmers

Launch of the National Nutraceutical Industry